Notice: Trying to access array offset on value of type bool in /home/514974.cloudwaysapps.com/uewjqtuyuh/public_html/wp-content/themes/organic-food/single.php on line 130


Margaret Giustizieri’s favourite dish is pasta pomodoro. Growing up her family harvested tomatoes from their garden and would preserve them for the year. When she talks about making pasta with her grandmother, I can tell that food means much more to her than fuel for her body. It is part of her identity and part of her history. As one of the founders of cremalat, it is also the main focus of her day.

When I arrived at the Cremalat restaurant and deli, I was surprised by the location of the restaurant. It’s in an industrial park. Despite this, there were several people having breakfast on a Tuesday morning. The restaurant is there because loyal deli customers asked for it. Margaret and her now late husband, Claudio started Cremalat selling imported Italian meat on Saturdays at the Michael Mount organic market in Bryanston. Demand was great, people wanted the access to the produce all week and restaurants were placing orders when the market was not open. And so Cremalat began it’s growth, responding to customers’ demands and requests. Customers asked for cheeses and other quality deli produce and so Cremalat increased the range of foods that they imported and even purchased a local dairy farm in the Freestate. 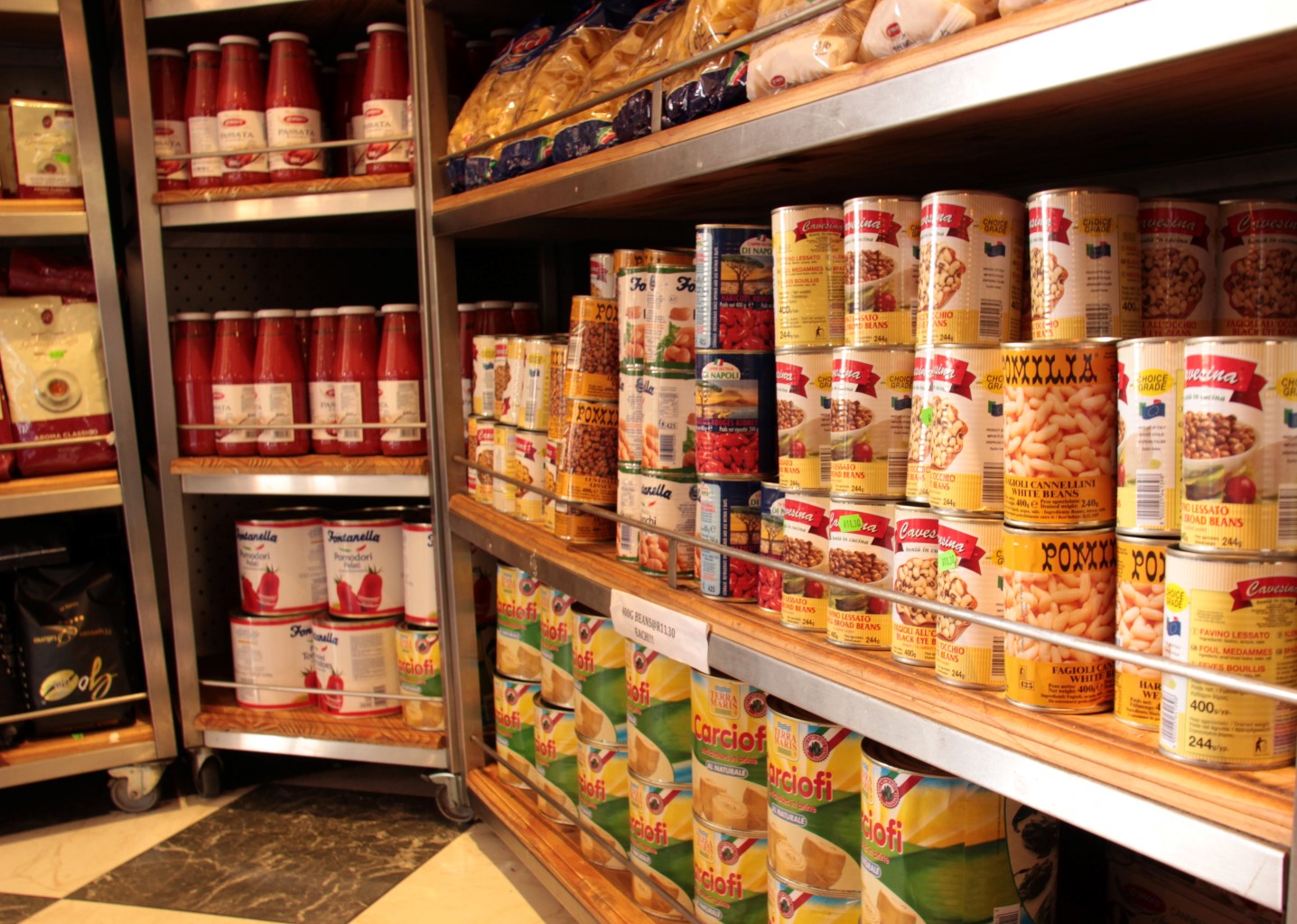 I did not visit the farm but I did buy some of their award-winning gorgonzola. A small portion of cheese on some crackers is a really indulgent snack. When it comes to moderating your intake of rich cheeses such as gorgonzola, remember that you can choose to buy a really small portion when you are at a deli. Do not buy a big portion if you’re worried you’ll eat it all!

Margaret’s favourite restaurant is in Italy is called Antichi Sapori. She says that most of the food served at the restaurant is sourced exclusively from the farms immediately surrounding the restaurant meaning that vegetables are often the stars of a dish. I must admit that this is the one part of Italian dining that we may completely miss when walking through and Italian deli in South Africa. You will find lots of fine meats, cheeses, pastas and canned or bottled delicacies, but you won’t find the balance of seasonal, fresh and local vegetables that should form an intricate part of every meal. A deli provides the specialty ingredients but there should still be a balance with fresh and local produce. 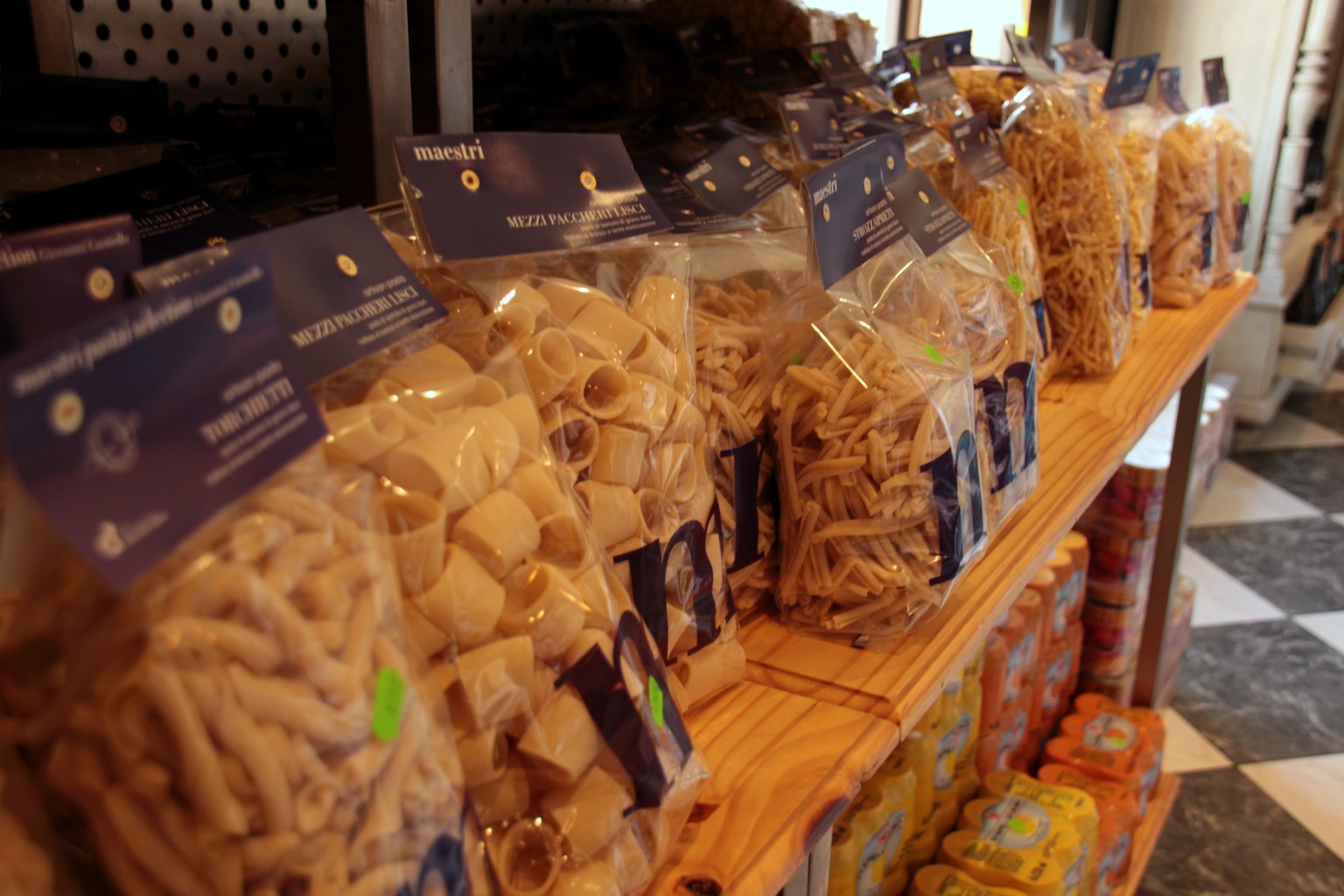 Another important concept that has been “lost in translation” bringing Italian food to our continent is the portions of pasta and risotto that are traditionally served as part of a meal.  While Margaret was talking she held up a single cupped hand to indicate the traditional serving size: “pugno” or handful. It is something that Paul from Pronto <link to article> also mentioned when I interviewed him. Pasta can and should be enjoyed in small portions.

So what did Margaret say about cooking? Firstly, she said that she’s not a chef. She’s a person that is incredibly passionate about foods. One of her bugbears in the kitchen is when people order a dish she has carefully curated but change half of the ingredients. She has carefully considered all the flavours and textures to create a particular experience. Changing ingredients is like changing an artwork.

Apart from salads as the traditional healthy choice, Margaret recommends carpaccio as a light and delicious option. Her own key to health lies responding to what her body wants. She believes in eating small portions of food and that food should be kept simple but beautiful. Regular exercise is also very much part of her health routine. 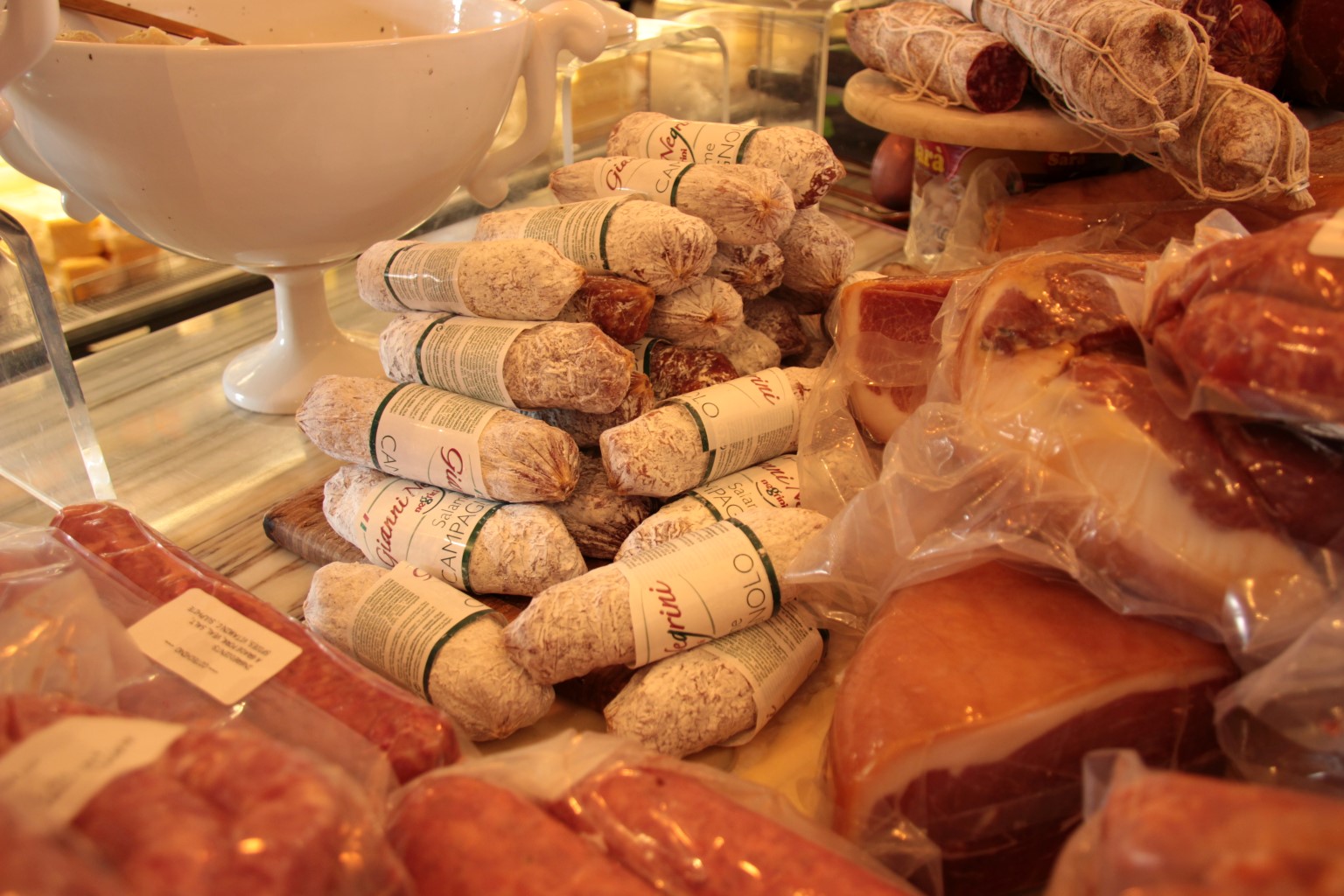 One of Margaret’s favourite underrated vegetables in fennel. She loves dipping raw strips of fennel into a traditional olive oil, balsamic vinegar, salt and pepper dressing. Fresh shaved or sliced fennel has a subtle licorice or aniseed flavour that is a wonderful addition to salads. If crafting a vegetarian dish that even a meat eater would enjoy, Margaret immediately mentions porcini mushrooms. She then ordered me a small portion of their porcini fettucini.

I enjoyed a taste while still there (not lunch time) and finished it at home. Thanks, for a delicious lunch! The Mushroom Association of South Africa is very much on the same page as Margaret when it comes to getting people to eat more vegetables and less meat. They did an interesting little study where they replaced some meat in meals with mushrooms. Read more about it and on their website (which includes mushroom-centric recipes too!) Botanically, mushrooms are not a vegetable but a fungus. From a dietitian’s perspective, we lump them in with the vegetable group (to keep it simple).

It is clear when Margaret talks about food that her upbringing shaped her love of food and this love has turned into a passion for supplying great quality ingredients. Pop into the Cremalat store(which has had a recent expansion!) to find yourself some Italian inspiration for your kitchen.

previousPodcast: Kellman on CliffCentral - What are we drinking?