Notice: Trying to access array offset on value of type bool in /home/514974.cloudwaysapps.com/uewjqtuyuh/public_html/wp-content/themes/organic-food/single.php on line 130


Ofentse is a co-owner and the executive chef and at the Whippet restaurant in Linden. I caught up with him at their brand new industrial kitchen in town (so new that the gas had not yet been connected) getting ready for the opening of their second store in Bank City.

Ofentse originally studied psychology but fortuitously realized that he was not following his passion and changed to culinary school. He cut his teeth in America working at the five-star Ritz Carlton Resort in Naples, Florida. I am guessing this is where his love of big, bold Texan and Cajun flavours originated. He’s now back home in SA to stay. He really loves the quality of the produce we have in this country and thinks we do not realise how lucky we are. 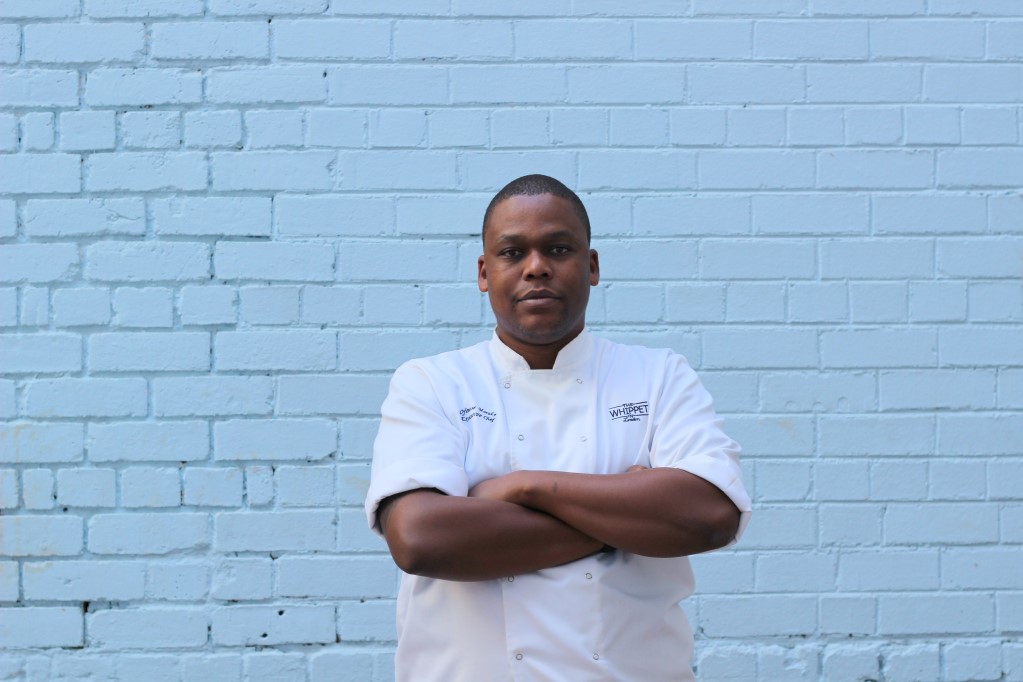 I love his food philosophy of simple, rough and clean flavours. Ofentse believes that the best food uses fresh ingredients that are treated simply. He believes people should cook what they love and should not be afraid of experimenting.

For his favourite underrated vegetable, Ofentse listed both cabbage and beetroot. He particularly loves the versatility of beetroot because it can be prepared in so many ways from pickling to steaming and boiling. He described a beetroot carpaccio with honey and wild rocket that has me feeling inspired! His favourite way of dressing vegetables is using an aged balsamic vinegar with olive oil, salt and pepper. He says there is a good reason it’s used all over world – it’s a delicious classic.

He also likes using an embellishment oil – for you and me, he’s referring to the oils that are dotted over our restaurant meals after the dish has been plated. These are basically a base oil like canola oil (I’m happy to see the use of heart-healthy mono-unsaturated fat) that has been blended with fresh green herbs like parsley, basil and coriander. The herbs tend to settle on the bottom of the bottle leaving a vibrant oil at the top for dressing salads and plates. As with all oils – use these in moderation.

Between tasting potential new menu items and tasting dishes as they are being cooked, staying healthy can be a challenge when surrounded by food all day. Ofenste says he makes sure his meals are healthy to balance out everything else he tastes in a day. If trying to stay slim, he says the Mac and Cheese at the Whippet should definitely be avoided. There are many healthy salads and breakfast dishes that fit the healthy bill. One of his pet hate is when people “remix” his menu and create their own dishes – he says a lot of thought goes into creating a menu and he wishes more people would eat the item as it was created. That said, he has no issue excluding items that people are allergic to from a dish.

At home, meals are simple and often ready in ten minutes. After gym he’ll rustle up a quick grilled chicken breast and steamed vegetables. Ofentse’s favourite people to cook for are his friends and girlfriend. He is a true South African in that he has a mad love of meat and steak in particular. His favourite restaurant (after the Whippet, of course) is the Local Grill in Parktown North. He just loves the quality of the meat there. When he gets a food craving though, he craves the traditional African fare that he grew up eating.

I asked Ofentse about his favourite kitchen gadget and without skipping a beat, he said it’s his 8 inch global chef’s knife. He spoke with some reverence about the ancient process in which these knives are made and I can tell he has a great appreciation for a beautifully crafted and well-balanced knife.

His top kitchen tips are to keep it easy and use the freshest ingredients you have. He thinks that preparation is the key to success in the kitchen and says that a dish is much easier to assemble when everything is already chopped and prepared to go into the dish. In cooking terms, this is called “mise en place” and basically means that you get everything ready for cooking before you start the cooking itself. This is really helpful for dishes with short cooking times like a stir-fry. Ofentse also believes that people should cook what you enjoy eating. I agree, so long as there are lots of vegetables and we’re talking about mostly healthy food 😉

Check out the Whippet online here or go taste the magic that Ofentse and his team are cooking up in Linden at 34 7th street, Randburg.